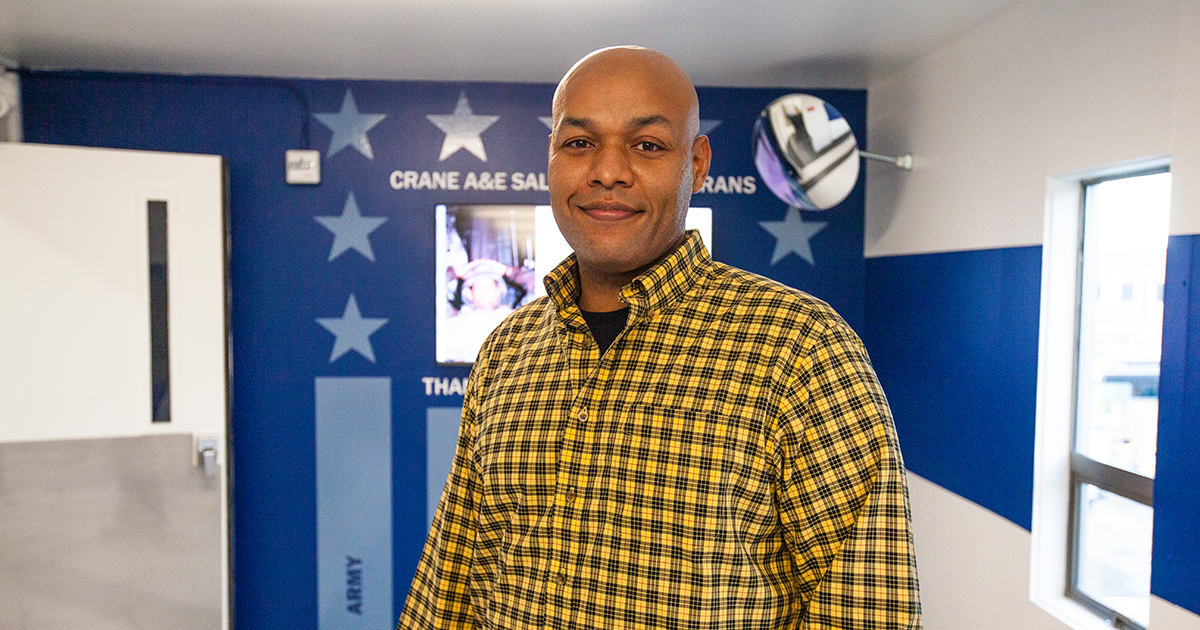 Isseyas, a U.S. Air Force Second Lieutenant, worked as an Ionospheric Research Engineer. He was tasked with instrumenting ground stations around the world so the Air Force could monitor, better understand space weather and learn its impact on military space assets. Of all his missions, he most fondly remembered his work in Greenland.

His team’s objective was to collaborate with scientists to build a transmit antenna using a 90-foot tower made of two long phone poles stacked together in the middle of nowhere.

“You have this idea of how you are going to string your wires on this thing,” Isseyas explained. “You’re going to tie them down this way and hook it up to a box that is going to help transmit stuff into space and take some measurements when it gets reflected back to these receive antennas.”

Isseyas was trained to climb up and down poles to construct the antenna, and he used his mechanical engineering background to build the design before arriving on site.

“I climbed up there, rigged it all up and it worked,” Isseyas said. “The paper design was good, and most things fit. That was probably the most challenging (mission) – the thing I look back on and go, ‘Wow.’”

Isseyas never imagined he’d be helping the U.S. Air Force better understand space weather as an Ionospheric Research Engineer, but he always had a fascination with airplanes, space and knew he wanted to be an engineer.

"The first thing that comes to mind is the people I served with. I have a lot of close friends in the service, so (Veterans Day) is usually reflecting back on what we did during our time."

Isseyas committed to the military’s ROTC (Reserve Officer’ Training Corps) program in high school and attended Virginia Tech, where he trained to become an officer.

He gained important leadership skills, grew them in the military and worked on a diverse set of projects that prepared him well for his first civilian job. In 2017, Isseyas left the military and settled down with his family in the Seattle area. He joined Crane Aerospace & Electronics, where he makes an invaluable impact managing the mechanical engineering side of Crane A&E’s Sensing & Power Systems group.

Even though Isseyas is out of the military, the lessons he learned and experiences he enjoyed stick with him today. Every Veterans Day reminds him of that and allows him to reflect and connect with others he served with.

“The first thing that comes to mind is the people I served with,” said Isseyas, when asked what Veterans Day means to him. “I have a lot of close friends in the service, so it’s usually reflecting back on what we did during our time. It’s cliché, but the whole time it felt like an honor and a privilege, and I just had so much fun. It was an invaluable experience that I look back on and appreciate more and more each day that I’m further removed.”

Isseyas’ parents moved from Eritrea before he was born, and as a first-generation American, he also views his service time as a thank you to a country who has provided him so much opportunity.