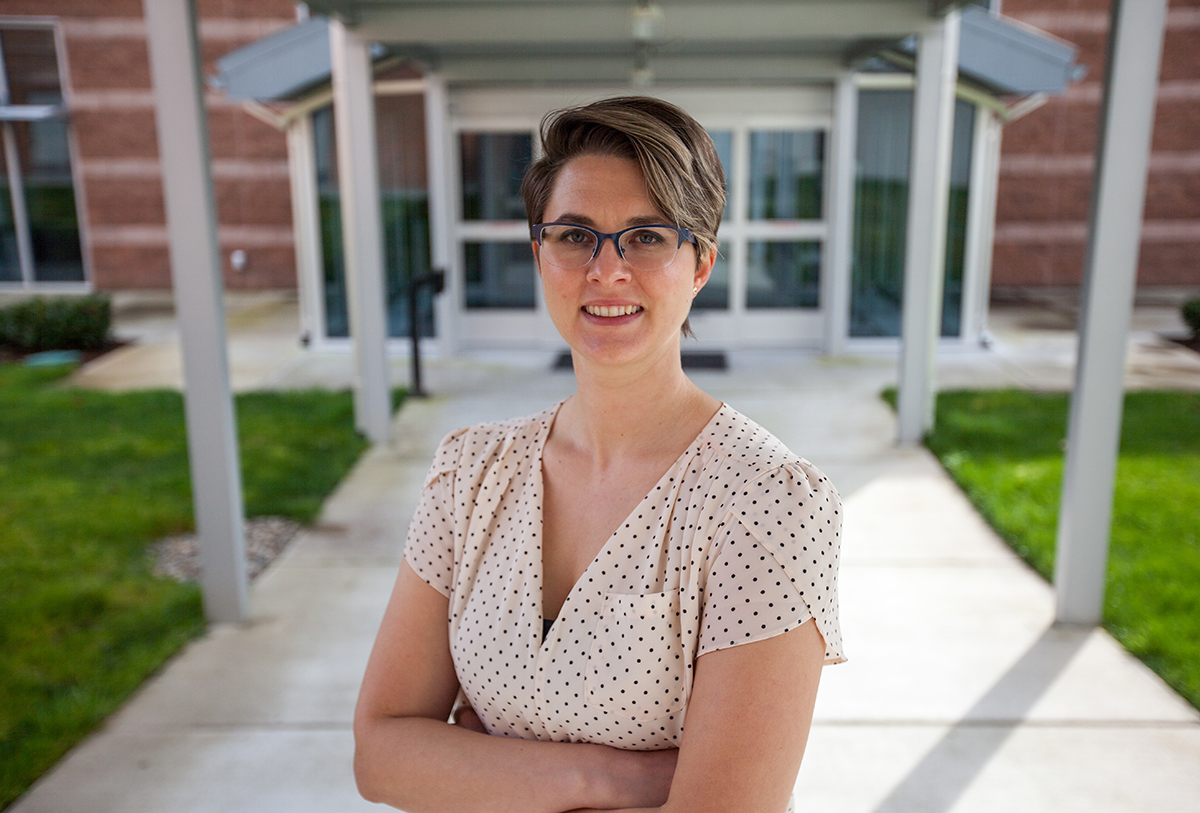 Growing up in the shadows of the Okanogan highlands in the small north-central Washington state town of Omak, Crane Aerospace & Electronics Operations Manager, Amanda Hein, wasn’t surrounded with STEM opportunity.

She had 89 kids in her high school graduating class and lived about 200 miles from Washington’s Interstate-5 corridor that features some of aerospace’s most prominent businesses. But even in small town Omak, Amanda found a couple mentors.

“My dad always told me to shoot for the stars – whatever you want to do, you can do it,” Amanda said.

"I think we've done a really good job of empowering women in aviation and engineering. We've gotten a lot of feedback from females that join here, and they are drawn to Crane. They see how open, transparent and embracing we are."

Amanda knows the reality is that aerospace jobs are heavily skewed toward men. In a study done by Aviation Week, the media outlet found that only 24 percent of the aerospace and defense workforce is female.

Despite the imbalance, Amanda has enjoyed strong growth opportunities at Crane Aerospace & Electronics and is proud to work for a company that promotes diversity and inclusion.

“It’s super empowering and motivational,” said Amanda of Crane A&E’s culture. “I think we’ve done a really good job of empowering women in aviation and engineering. We’ve gotten a lot of feedback from females that join here, and they are drawn to Crane. They see how open, transparent and embracing we are.”

Amanda is responsible for operations performance and personnel of A&E’s Sensing and Power Systems Solution in her current managerial role.

“Diversity adds so much perspective from many different senses, in regard to experiences at different jobs and different markets, and you couple that with cultural backgrounds…,” Amanda said. “I think that just makes for a more well-rounded, robust solution. I think you are going to get the best of every perspective and the best ideas when you really embrace and have a lot of diversity in a workforce.”

Amanda is also passionate about empowering young girls to pursue their goals of working in STEM. She has volunteered with local STEM groups at middle schools in Lynnwood, WA, and speaks at her high school as often as she can to spread motivation and be an example of the possibilities for young women interested in STEM. Amanda is one of many Crane A&E female employees serving as role models for girls eyeing aerospace careers, and she is proud to be part of a Crane A&E organization committed to strengthen diversity across the aerospace industry.